Olympique Lyonnais put a first leg into the quarter-finals of the UEFA Champions after impressively beating Juventus.

Lucas Tousart turned home Maxwell Cornet‘s left-wing cross in the 31st first minute, a goal that won the match for the hosts. 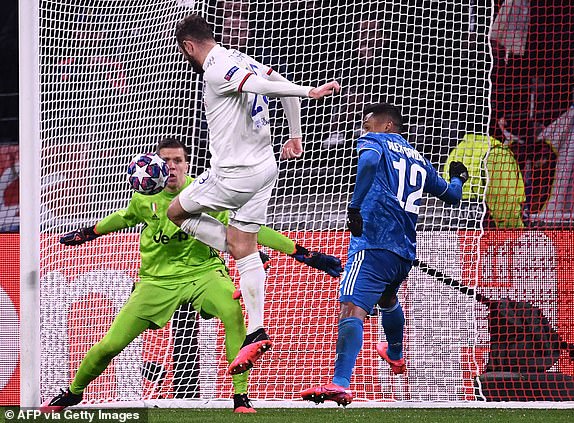 Speaking to Sky Sports, Juventus manager Maurizio Sari revealed that his team moved the ball slowly in the first half giving chance the Lyon to press more.

‘I cannot get the players to understand the importance of moving the ball quickly.’

‘It’s difficult to explain why, but our first half moved the ball too slowly, with no movement, so naturally the opposition were going to press, win the ball back and even score.’

‘We lacked determination and aggression when attacking, and for 15 minutes lacked it defensively too,’ the Italian added. ‘We were unlucky to concede when De Ligt was off injured.’

However, Sari realized some positives from the second half; ‘The second half was better, but frankly it’s not enough for a Champions League match. I don’t know why, I cannot get the players to understand the importance of moving the ball quickly.

‘This is fundamental, we’ll keep working on it and sooner or later this concept will get into their heads.

‘I continued to tell them, and there were many who were doing it, moving the ball too slowly and therefore getting into the wrong positions.’

TO ADVERTISE ON THIS WEBSITE or TO ADVERTISE WITHIN ALL OUR LIVE VIDEOS/CHANNELS: Please email: [email protected]